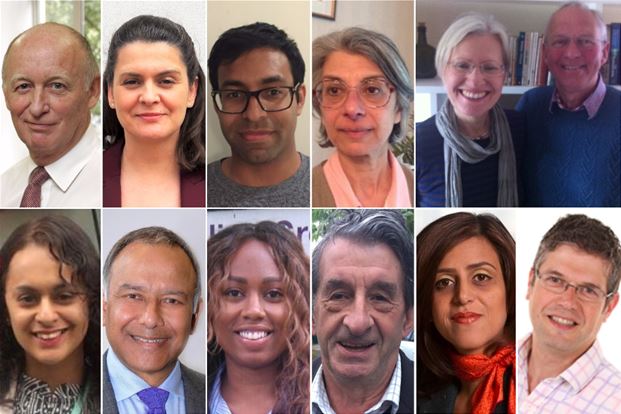 “When Croydon’s Labour council gave planning consent for a 17 floor skyscraper in Purley we were shocked. It would have really changed the character of the area and only had 20 unrestricted parking spaces for 220 flats. Chris led the campaign against the Skyscraper collecting 9,000 signatures. When the council ignored local people once again, Chris managed to persuade the Secretary of State to call in the application so that an independent Inspector can now review the whole thing. It is great that we have an effective MP like Chris who can do this kind of thing, and that’s why we’re backing Chris.”

“Chris has been at the forefront of the campaign to sort out Southern Rail. He was instrumental in securing compensation for 2016 season ticket holders and successfully lobbied for £300m of investment in improving the track infrastructure. I also saw that he was not afraid to call for the franchise to be taken away, but also introduced a Private Member’s Bill in Parliament to tighten up the law on strikes. I know he is now lobbying to get more investment to increase the capacity on the track around East Croydon. Chris has taken real action as our MP and I’m impressed. That’s why I’m backing Chris.”

“Businesses create jobs and pay the taxes that fund the NHS and education. We need businesses large and small to succeed in order for the country to succeed. Chris understands that – and, unusually for an MP – has real experience setting up businesses himself. He’s not another career politician we see so often. He has done fantastic work supporting businesses here already. That’s why I’m backing Chris.”

“Purley Hospital’s Minor Injury Unit only opened from 2pm in the afternoon. My children could obviously get injured in the morning, and I am delighted that Chris led the campaign to get the morning opening hours restored. From last month the Minor Injury Units now opens from 8am, 365 days a year. Chris did a great job in making this happen. He has been an excellent MP. That’s why I’m backing Chris!”

“I have known Chris well for some time – he visited our business very soon after being elected. It is very clear than Chris understands business and how to create jobs. He also has incredible energy and enthusiasm – which restores my faith in politics. He’s the best MP we’ve had in my 40 years living in this area. That’s why I’m backing Chris.”

“When a planning application as made to turn a nice family home next door to me into flats, I approached Chris for help. He assiduously assisted in putting together an objection and lodged his own objection as well. Sadly, Croydon’s Labour council granted the planning consent, but Chris was there to support us when we needed it. That’s why I’m backing Chris.”

“Since Chris was elected in 2015 I have been really impressed with his energy and commitment to the neighbourhood. Whatever the problem is, Chris is there to help. He is active, energetic is a brilliant constituency MP. That’s why I’m backing Chris.”

“I’ve run businesses all my life. We have too many career politicians in Parliament with no real-world experience. But Chris spent 15 years setting up and running his own businesses before being first elected in 2015. He started his first business a 24, driving the delivery van himself.  He knows how tough it is to set something up, with all the setbacks you have to overcome on the way. I want someone representing me in Parliament who has real experience. That’s why I’m backing Chris.”

“When we were setting up the Purley Business Improvement District we needed all the support we could get. Chris lobbied effectively on our behalf and even knocked on doors to get local business on board. He has been a hard working and visible local MP. That’s why I’m backing Chris.”

“I have seen Chris in action on the Treasury Select Committee. He has grilled the Chancellor and Governor of the Bank of England and not pulled any punches. We need MPs who with analytic and forensic skills – and with a Physics degree from Oxford Chris certainly has those. That’s why I’m backing Chris.”

“I use Southern every day. When the service got bad, my local MP Chris Philp stepped up and campaigned in parliament and behind the scenes to get the strikes ended and the money invested in fixing the track and signals. I have been incredibly impressed with the work that Chris has done – I was never expecting one MP to achieve so much. That’s why I’m backing Chris.”

“I have been very impressed with the way that Chris has been so energetic in the last two years. I never expected a local MP to get so much done. It’s also good that he has real world experience setting up businesses, and isn’t just another career politician.  That’s why I’m backing Chris.”

“Southern Rail’s failings risks damaging Croydon’s reputation as a great place to do business. I’m very impressed that Chris has taken real action by securing £300m of investment to fix the points and signals, and got a compensation scheme introduced. He has a plan to get the railway back on its feet. He’s a really great local MP. That’s why I’m backing Chris”

“Following the untimely death of my husband Myles in 2014 from an avoidable infection, I felt that NICE guidelines needed to change. I met Chris and put the case to him. He listened carefully and understood and has been tirelessly lobbying NICE on my behalf ever since. Chris has already secured a change to the NICE guidelines which helps. Chris has been an outstanding advocate for my cause. That’s why I’m backing Chris.”

“I contacted Chris earlier this year as I was really worried about the impact which the business rates revaluation would have on my business. But Chris responded really quickly raising my concerns with the Government and getting me the reassurances I needed. That’s why I’m backing Chris.” 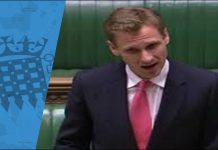 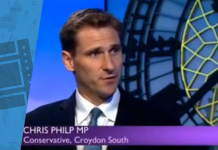