Some time ago I was approached by the family of Breck Bednar, a boy who was sexually assaulted and murdered in 2014. The family are now receiving messages via Snapchat, claiming to be from the murderer. Snapchat are refusing to provide information that could prove vital in preventing more of these messages from being sent.

I am therefore calling for social media companies to do much more to co-operate in investigations and for there to be more powers to force them to do so if necessary. I discussed this last Sunday on the BBC’s Sunday Politics.

Reflections on the Council Elections 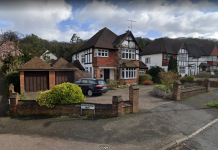