The performance of Southern Rail has been abysmal recently. Cancellations, late and over-crowded trains and station skipping are all serious problems. Unfortunately all the promised improvements have yet to deliver tangible results.

Only 78 per cent of Southern’s trains arrive at their final destination on time, with the figure dropping even lower in December. On December 15th only 44% of Southern’s services arrived within 5 minutes of its scheduled time.

Yesterday I, along with 20 other affected MPs, met with the Chief Executives of Southern and Network Rail as well as the Rail Minister to highlight our outrage at the abysmal performance. This meeting of the South East Quadrant Taskforce was also attended by Transport Focus and the Department for Transport’s Passenger Services team. The meeting was held to urgently address the inexcusable performance of Southern over the past year, despite numerous improvements being promised.

The excuses made regarding driver shortages and a historic lack of investment in rail infrastructure do not account for their consistent failings. The target dates for improvements have been pushed back again and again, meaning there is very little faith left in the promises Southern make.

I asked for the root causes of the disastrous performance to be urgently fixed, as well as an explanation as to why improvements were not coming through as promised previously. The problem of driver shortages which they are currently addressing should have been confronted much sooner to prevent the disastrous performance over the Christmas period.

Following the meeting Southern have said:

“Network Rail and GTR are working closely together to increase punctuality, with Network Rail making track, signalling and other systems more dependable and GTR bringing in new, more reliable trains this spring and still more drivers.”

I remain sceptical and should no improvement be clearly visible by the summer, I will be calling for the franchise to be removed or broken up. 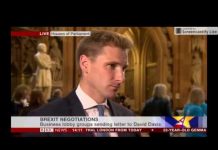 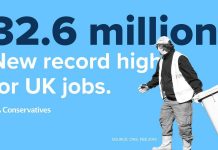