The service on Southern Rail (run by Govia Thameslink Railway, or GTR) has plumbed new depths. The recent removal of 341 trains per day from the approximately 3,000 per day that run is wholly unjustified. Commuters have paid for their season tickets, and deserve to receive the full service that they paid for.

In the last few weeks, around 10% of trains have been cancelled or run more than 30 minutes late, and this is more like 20% if you look just at the rush hour. In the last month, 33% of trains have been late by 5 to 30 minutes. People have lost their jobs or had to quit their jobs as a result, and parents have not been missing their children’s bedtime. It is just not acceptable.

There have been very serious problems with the Southern service for about 2 years now; during that time it has been the worst performing railway franchise in the country. I believe that the GTR franchise is too big – it covers 23% of all UK rail journeys (the average franchise covers about 5%) and encompasses Southern, Thameslink. Gatwick Express and Great Northern. It is not due to be renewed until 2021 but I believe that the franchise needs to be removed from GTR and broken up right now. I have been calling for this publicly since the end of May. Routes that start and finish inside the M25 should be immediately transferred to TfL who do a good job running the underground and London Overground lines, under the democratic oversight of the Mayor.

But in the past 8 weeks the already terrible situation on Southern Rail has been made far worse by strike action from the RMT (The National Union of Rail, Maritime and Transport Workers). Not only has the RMT held three official strike days, but there have also been ‘wildcat’ strikes. This is where unprecedented numbers of conductors call in sick. I do not believe these official and unofficial strikes are justifiable.

The change which the RMT objects to is a change in responsibility where the operation of train doors will move from the conductors to the drivers. Southern trains have the latest technology which allows drivers to safely operate the doors from the cab.

London Underground has 100% cent driver operated doors with no problems. Moving the conductors from operating the doors frees them up to assist passengers. These changes will also not result in any job losses or any pay reduction, and every train that currently has two staff (driver and conductor) will continue to have two staff. I have recently met with Mick Cash, the General Secretary of the RMT, to urge him to call off this damaging and unnecessary strike.

I have met with the Secretary of State for Transport and CEO of GTR on four separate occasions in the last four weeks, and will raising this again in Parliament today in a Westminster Hall debate. If we have a new Secretary of State in Theresa May’s new Government, I will be looking to meet them as soon as possible to demand action.

What is happening on Southern now is just not acceptable. 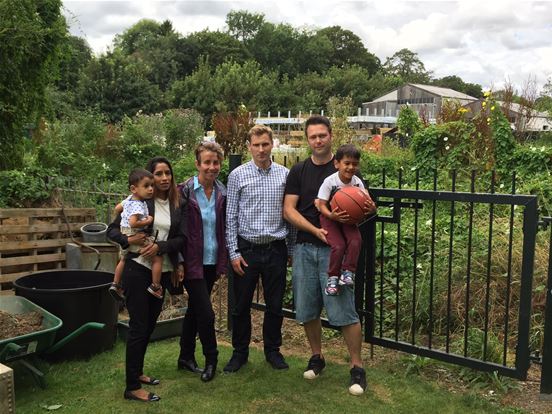