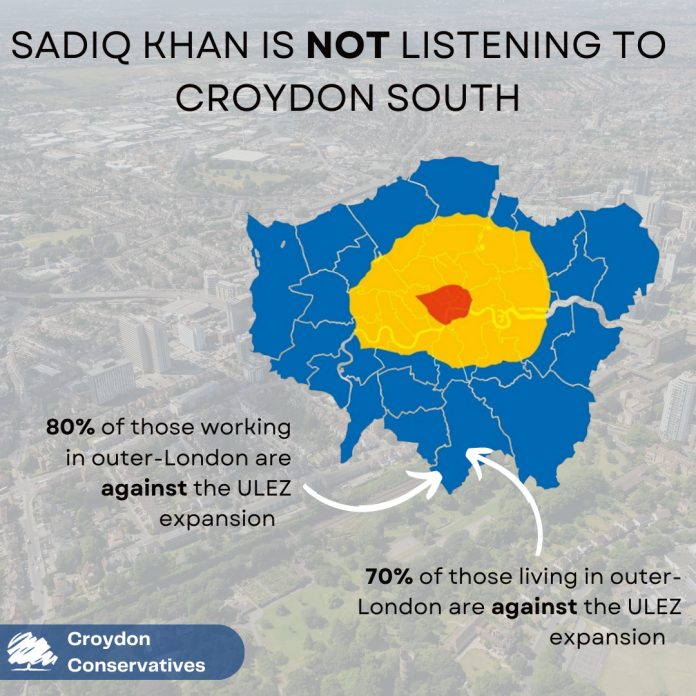 Sadiq Khan has ignored the views of residents and is planning to impose a ULEZ (Ultra Low Emission Zone) on pretty much the whole of London, including Croydon. This means that drivers of older vehicles, many of whom are on lower incomes and cannot rely on inefficient TfL services or afford to buy a modern car, will have to pay a £12.50 daily charge and up to £4,500 a year, just to get around.

Over 5,200 people from Croydon South signed my petition opposing these plans in just two weeks. In July, I wrote to Khan to express our opposition and a clear majority of respondents to Khan’s own consultation opposed the ULEZ too. Having previously said he would not go ahead with ULEZ plans if the public overwhelmingly rejected them, Khan’s decision is a clear betrayal of Londoners.

It is right that we reduce pollution levels and improve air quality. However, there are better ways to do this than penalising lower income people by expanding the ULEZ to virtually all of Greater London. The substantial funding that has been set aside for setting up this project could, for example, be directed to accelerating the phase-out of diesel buses, planting more trees, funding more bus services, or improving electric car charging infrastructure.

I will continue to oppose Khan’s plans – which will hit Londoners on lower incomes hard. 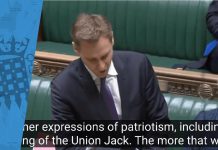