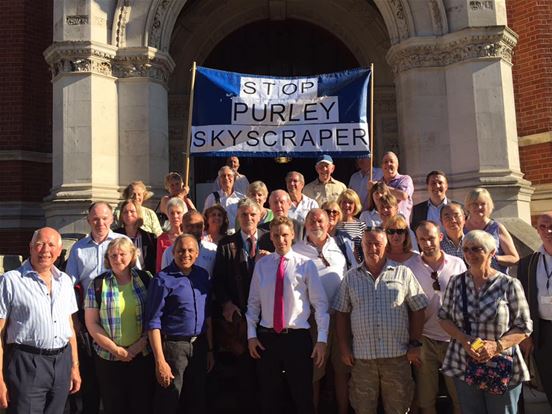 After a two-year campaign, we yesterday found out what the decision on the Purley Skyscraper was: it has been rejected!

The Skyscraper plan was for a 17 floor building on the site just opposite Pizza Express on Purley Cross. At 17 floors, it was five times the height of most buildings in Purley and totally out of keeping. It only had around 30 parking spaces for 220 flats, only around 20% of the flats were designated “affordable” and it may have set a precedent for other talltowers in Purley. It would have changed the character of Purley.

That is why I joined with seven local Residents’ Associations and local councillors from the neighbourhood to fight the application. Over 11,000 local people signed my petition opposing the skyscraper. But in late 2016, Croydon’s Labour-run council ignored local people and gave the skyscraper planning consent anyway (they are currently giving out planning consents indiscriminately across the Borough).

This triggered a public enquiry in January 2018, during which I was cross-examined for over 2 hours by the developer’s top planning QC. Phil Thomas of Riddlesdown Residents Association, assisted by six other local Residents Associations (Sanderstead, Coulsdon West, Old Coulsdon, Coulsdon East, HADRA and KENDRA), made representations throughout the week-long hearing – where they were also up against two top planning QCs. I would like to thank Phil and the team for the amazing job they did at those hearings.

After an 11 month wait, we finally heard the decision yesterday: the application was rejected! The full decision notice and associated documents can be found here:

There is a right of appeal for the developer on narrow procedural grounds (they have to show due process was not followed), which I hope would prove futile if attempted.

The site does need developing, and I would be happy to support an appropriate scheme to provide amenities and housing for local people there. But 17 floor skyscrapers do not fit with Purley – they belong in Croydon town centre and in central London.

Croydon’s Labour-run council has been ignoring local residents for too long – granting inappropriate planning applications indiscriminately (they approve around 90% of all applications that come to planning committee). There are plenty of town centre and brownfield sites in Croydon (especially Croydon town centre) and across London that should be developed first. 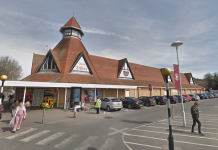