Demolition of existing dwelling and erection of 8 residential units in a 3 storey building with associated parking, cycle and refuse storage.

You may be aware of the above planning application to demolish the family house at 56 West Hill and build a 3 storey block of 8 flats on the site. This is a terrible proposal and I have lodged a strong objection to it.

In essence, my concerns are:

If you share my concerns and haven’t commented to date then you can still do so via the Council’s website at https://new.croydon.gov.uk/planning-and-regeneration/planning/comment-or-object-planning-application

This application is being heard by the Planning Committee on Thursday 1st July at 18:00. Members of the public are welcome to attend this meeting, however, the Council recommends that you watch the meeting remotely via the following link: https://webcasting.croydon.gov.uk/croydon/meetings/12681

Their email addresses are:

I very much hope that this application will be refused and that you will find this information helpful.

Against family home being replaced with flats 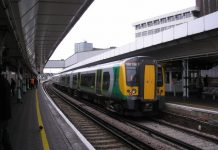