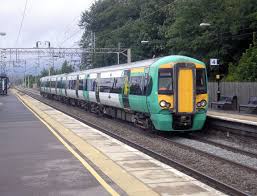 Southern Rail
Southern Rail’s service continues to be appalling and I believe that operator GTR should lose the franchise. I have also called for the parent company, who recently posted £100m profits, to spend some of that on improving the very poor service we receive. Some local residents have lost their jobs as a result of persistent lateness for work due to Southern and parents with young families are not seeing their children due to late arrival home almost daily. The situation is completely unacceptable.

The RMT Union has made a bad situation worse with ongoing strike action by conductors (a further 14 days of strikes were announced today) as well as unofficial strike action whereby large numbers of conductors call in sick each day. Their action has no reasonable grounds. No conductors are losing their job or any pay and all the trains that currently have two staff on board will continue to do so. The dispute is about whether the drivers or conductors open the doors. The RMT claim there are safety issues, but the independent Rail Safety Standards Board says there are not and London Underground and 30% of all UK over-ground trains operate safely with driver operated doors. I have called on the RMT to call off the official and unofficial strike action immediately – they are causing passengers misery simply to defend an outmoded working practice.

I have also called, in Parliament, for all monthly and annual season ticket holders to receive cash compensation as they have not received the service they have paid for this year. Following pressure from me and other MPs, the Government has now agreed to spend £20m on emergency track repairs and has installed a new task force to oversee Southern – which are both small steps in the right direction. I have met the new Transport Secretary and Rail Minister several times in the last 4 weeks and will continue to press them to fix this problem.

Empowering shareholders & controlling excessive executive pay
On a national level, I published a paper recently on giving shareholders in public companies more power, in particular over appointing and removing directors and controlling excessive executive pay. The report is here:
http://highpaycentre.org/files/Restoring_Responsible_Ownership_-_Chris_Philp_HPC_copy.pdf

I briefed Number 10 on the paper a week or two ago and am hopeful that the ideas in it will make it into Government policy in the very near future.

Due to the results of a previous heart operation, Myles was considered to be at high risk from infection following dental procedures. Following a routine dental procedure, Myles developed an infection that eventually spread to his heart and was ultimately fatal. Myles’s death could have been avoided if the dentist had been able to provide antibiotics as a matter of standard practice for high-risk patients like Myles, as is the case in Europe and the US. Current NICE guidelines prevented this.

In the months that followed her husband’s death, Ash and I campaigned together to change the NICE guidelines, gaining the support of leading academics in the field. The campaign has finally led to NICE changing its guidelines so that dentists and doctors are now able to prescribe antibiotics to high risk patients as they see fit. This will save lives in the future.

The story is covered in the local press here:
https://t.co/TxYt6WlD0o

Other News
I appeared today on the Daily Politics being interviewed by Andrew Neill on English Votes for English Laws in parliament:
http://www.bbc.co.uk/programmes/p048p078?ns_mchannel=social&ns_campaign=daily_politics&ns_source=twitter&ns_linkname=news_central

I have been supporting the initiatives under discussion to get more children from ordinary backgrounds into Grammar Schools, and expanding Grammar Schools places (including in Croydon). This is an interview on Channel 4 News on the topic here:
http://link.brightcove.com/services/player/bcpid601325122001?bckey=AQ~~,AAAAAEabvr4~,Wtd2HT-p_Vh4qBcIZDrvZlvNCU8nxccG&bctid=5075507600001

And finally, I was pleased to launch the “Paint Purley Purple” campaign on Monday to support the South East Cancer Help Centre in Purley. Coverage is here:
http://www.croydonadvertiser.co.uk/painting-purley-purple-for-charity/story-29739242-detail/story.html 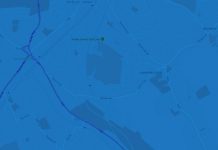 January 15, 2020
We use cookies to ensure that we give you the best experience on our website. If you continue to use this site we will assume that you are happy with it.OkPrivacy policy