I have written to the Mayor of London, Sadiq Khan, calling for him to intervene and Call In the proposed 17 floor Purley Skyscraper.

At recent pre-application hearings the Council has indicated that it is minded to approve the planning application for the skyscraper.

However, under Mayor of London Order 2008, the London Mayor is able to overrule the decision of the Council by directly intervening as the Planning Authority.

This application for a 17 floor skyscraper is totally out of keeping with a quiet area like Purley.

There are seven clear reasons why the Mayor should step in and prevent this Skyscraper from being given the go ahead. The style is clearly wrong for the area, it is much too large, it will set an unacceptable precedent for more Skyscrapers to be built in the area, there is a lack of parking places, it fails to demonstrate economic benefits for the area, it will have a clear effect on people living locally and the architecture raises significant urban design issues.

I look forward to the Mayor’s reply and hope that he will make the right decision Purley.

The text of my letter in full:

I am writing to ask you to use your powers as Mayor of London to Call In and refuse the above planning application for a 17 storey tower and associated buildings accommodating 220 flats in the centre of Purley.

I am supported in this request by seven local residents associations and I also have a petition which has been signed by 8500 residents who also oppose this application.

The proposed scheme for the development of 220 flats does meet the criteria for Call In as set out in the Mayor of London Order (2008).  As you know under Article 7 you do have the power to direct that you will become the local planning authority for an application and I believe that there are sound planning reasons for your intervention in this particular case.

These are as follows:

Although the site needs developing (in my view 5-7 floors would be suitable) I am vigorously opposed to proposed development at this scale, as are thousands of my constituents.

I would be grateful if you would therefore Call In the application and refuse it. 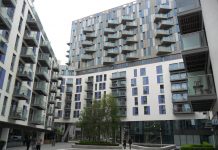 My Letter to the Mayor of London on his Planned ULEZ...

WATCH – the Government’s deal with the DUP