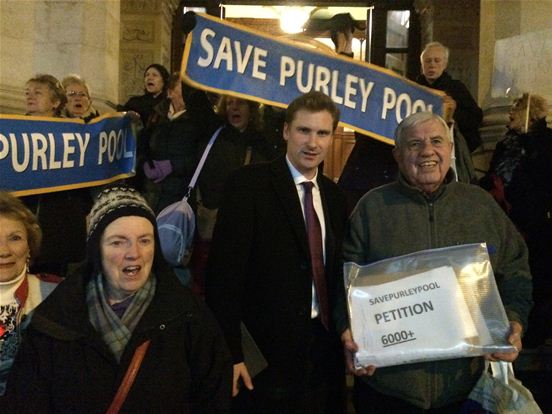 Delighted to report that overwhelming public pressure combined with our active campaign has defeated the Labour council’s plans to close down Purley Pool. It was a pleasure to work alongside Fred Wallis, Ken Whittick and the rest of the Purley Pool campaigners to force the council into this re-think.

Steve O Connell and I collected around 2,000 petition signatures and Fred’s team collected around 4,000 which forced a council debate on the issue. The morning of the day of the debate the council announced their climb-down. It is an example of people power in action.

It is now vital that the relatively small sums of money needed for ongoing essential maintenance is made available, and that local residents sit on a panel to give input into keeping the pool in useable condition. The pool does not need much money to keep it going.  It would be a scandal if neglect caused the pool to close.

Of course, the Labour-run council should never have threatened the pool with closure in the first place. The Labour Leader had promised before last year’s election to keep it open. It was shocking that he even contemplated breaking his promise – especially as Labour pledged £17m for a new pool in New Addington, while claiming not to have a few hundred thousand to save Purley Pool.

The previous Conservative administration in Croydon spent what was necessary to keep Purley pool open while a longer-term regeneration solution was found. Croydon Conservatives also pledged before the election that the pool will stay open until a replacement is opened in the Purley or Coulsdon area. This is the right approach.

Now that the immediate future of the pool seems to have been secured, we must work towards a long-term solution. The south of the Borough deserves a modern pool and leisure complex. The facility at Waddon is not readily accessible to people from Cousldon or Kenley, especially those who do not drive.

I understand that money for new schemes is tight. So we need to look at sites in the south of the Borough that are due for regeneration and find ways of using the surplus generated – or CIL and s106 financial contributions from developers – to fund a new pool and leisure complex. The current pool site itself combined with the adjacent vacant former Sainsbury’s and car park provide an excellent opportunity to re-build a run-down site and at the same time release funds (by selling private flats) for a new pool complex. Further, the Cane Hill development is due to generate £6m of financial contributions from the developer, which could also help. The same may apply to the site on Purley Cross, shortly due to come up for planning, if a suitable scheme is proposed.

With some energy and vision a long term pool solution can be found. I will work with the council – whether Conservative or Labour run – to help bring that about. 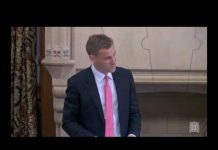