I see Croydon council Leader Tony Newman has finally engaged with the Directly Elected Executive Mayor argument, claiming it has no jurisdiction over planning. This is of course untrue:

1. The DEM would be responsible for writing the Local Plan, the key local planning policy document. The Labour Council’s current draft Local Plan has an option to concrete over the green belt in Sanderstead and near Addington Village, turn Purley into a small city and accelerate the destruction of family houses and their replacement with flats

2. The DEM could stop the Planning Dept from actively encouraging applicants to go for ever higher densities – many enquire about sensible schemes and the Planning Dept encourages them to instead apply for monstrosities

3. The DEM would be in charge of Brick by Brick, and could end its abominations – Brick by Brick is 100% owned by the council, and is intent on building on every square inch of green space it can find

Plus, of course, we know that Paul Scott runs the planning committee on political lines with Tony Newman’s sanction. The large number of 6-4 decisions on party lines shows this.

The Council does not listen to residents on planning and many other issues. The current Leader, Tony Newman, is selected behind closed doors by a tiny cabal of councillors who he then rewards with lucrative paid positions (paid for by taxpayers). A Directly Elected Mayor would be chosen by us all and would have to listen to us all. No wonder Tony Newman and his cronies such as Paul Scott dislike the idea.

Please help the campaign by:

– Download the petition form and collect signatures from friends and neighbours: https://democ.org.uk/sign-petition?download=2:petition (there is an address at the bottom to post it back to)
– Share this post on social media sites
– This is our last chance to fix the problems. Please help the campaign to save our neighbourhood!

Against family home being replaced with flats 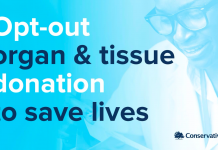 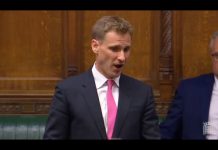