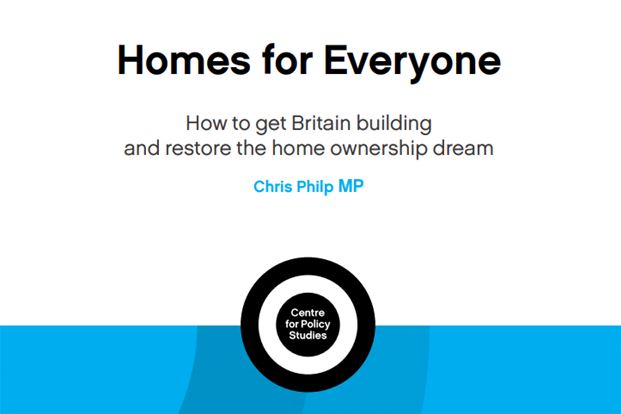 I have proposed a series of planning reforms to increase home building and promote home ownership – including reserving a proportion of new-build houses for UK residents.

With the average first time buyer having to save for 10 years to put together a deposit and home ownership rates falling among the young, ‘Homes for Everyone’ sets out detailed proposals for how to push housebuilding up towards the Government’s target of 300,000 a year, and ensure these new homes end up with first-time buyers.

The report, which has been published as part of the Centre for Policy Studies’ ‘New Generation’ initiative, also features new research setting out the historic under-supply of homes in the UK across regions, and makes the economic and social case for home ownership.

The report’s headline findings include:

I welcome the Government’s work and progress, including the Chancellor’s recent stamp duty cuts for first time buyers, and the report makes a series of proposals for speeding up the planning system and tilting its outcomes towards first time buyers.
These include the merger of the Community Infrastructure Levy and Section 106 requirement for developments under 100 homes; the removal of the affordable housing requirement for developments under 20 units; “Pink Zones” in which development will be automatically approved within certain parameters; fast-track planning approval and dispute resolution; speeding up the disposal of public land; strengthening the Government’s ability to act on housing issues; and promoting “staircasing” agreements by which renters can gradually buy their homes over a period of years, at the initial price.

The report also proposes that we follow other developed economies, such as Switzerland, Australia, Canada and Denmark, in favouring domestic first time buyers – primarily by restricting to 50% the proportion of new-build developments over 20 units that can be purchased by people who are not UK-tax resident.

The Government has taken huge steps to increase homebuilding from the low of 125,000 a year left behind by Labour to nearly 200,000 today. But more needs to be done. We need to place home ownership at the front of the policy agenda and make sure that first time buyers get all the support possible to get onto the housing ladder.

You can read the report in full here: http://www.cps.org.uk/files/reports/original/171212092648-HomesforEveryoneChrisPhilpMP.pdf 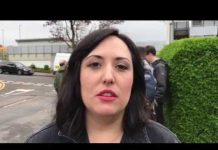