Brick by Brick is a subsidiary building developer that is owned by the Council and which has proven disastrous for our area. As well as over developing much of the south of the Borough, it has proven unprofitable and has required a tax payer funded bailout of £250 million.

Now it has been revealed that the developer over spent the re-developed of Fairfield Hall by over £45 million, a figure that is frankly unbelievable given that the budget was for £30 million, and the changes have proved mainly cosmetic. This is yet more waste that residents will have to pay for.

The bigger issue here is that this damage is continuing to affect services. The waste and the bailouts mean that other, vital services are being closed. Purley Pool currently looks set to stay closed, and almost half the borough’s libraries face permanent closure due to “cost”. Yet the libraries cost just £0.5 million a year to run – instead the Labour administration, having bankrupted the Council, is choosing to siphon funds to its failed developer. 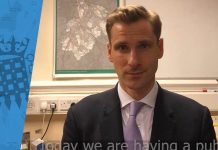