A shock revelation by Croydon Council has shown that the closure of a vital car park which has caused parking chaos in Coulsdon was unnecessary.

The council has just announced that the Waitrose which was to be developed at the Lion Green Road car park site will not be going forward as planned. The scheme was to be carried out by Croydon Council Urban Regeneration Vehicle (CCURV), a partnership between the council and developers John Laing.

A statement from the council said:

“The council will no longer be progressing the proposed development of the Lion Green Road site, in Coulsdon in its current form.  The decision was made following agreement with the developer CCURV that the current project was no longer a viable option. We are still committed to developing the site and are currently exploring alternative development options. We remain in discussion with Waitrose who are still keen to be part of the scheme.”

The needless closure of this car park caused parking chaos in Coulsdon with some traders being driven to the brink. The repercussions of the removal of the 200 spaces are still being felt today.

Croydon Council shut down the Lion Green Road car park last July for work to immediately begin on the new Waitrose and community centre. In a press release dated 14th July the Council said that ‘the car park closes on the 19th July with work beginning the following day’. Clearly this was totally untrue, as work never started.

In the months since the closure of the car park, the only work on the site was an archaeological dig by the Museum of London. The council spokesman said publicly in November that there was “no delay” to the project and archaeological work continued.

The car park should never have been closed if there was no concrete plan for work to start. Instead there has just been a dormant piece of land for the last 6 months. The car park should be reinstated immediately and not closed until they have a proper plan.

Following the announcement I have posed several follow up questions to the council on this matter including why they shut down the car park and failed to carry out any work, and how long it will take to develop new plans for the site.

Since the closure of the Lion Green Road car park I have been urgently calling for more parking provisions to alleviate the pressure on parking in Coulsdon. You can read more on this here: https://www.chrisphilp.com/blog.asp?BlogID=22 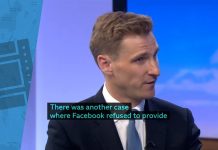 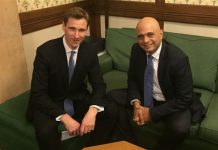 Halted: demolition of family home for 20 new flats on Oakwood...