I welcome today’s announcement from Govia Thameslink Railway (GTR) that its CEO, Charles Horton will resign.

The decision was taken in light of recent timetable changes that were made to GTR’s Southern, Thameslink and Great Northern services, which have resulted in major disruptions since May.

The timetable changes, which came into effect on 20 May, are continuing to disrupt services. Around 5 per cent of all Southern and Thameslink services have been cancelled, and 18 per cent disrupted as a direct result of the timetable alterations.

In his resignation letter, Mr Horton stated that he hoped the new timetable changes will “come to be recognised as a turning point which began to turn around the Southern, Thameslink and Great Northern Routes”.

These changes have had a massive impact on services across the GTR network. Southern and Thameslink passengers have been left stranded, unable to get to and from work or see loved ones. Often passengers reach the station only to find their train has completely disappeared from the new timetable.

For Southern passengers in particular this has been insult to injury, following years of mismanagement from the company.

Charles Horton has therefore done the right thing in taking responsibility for the shortcomings of the timetable changes.

Whoever takes over the role will have a huge task on their hands bringing the service up to standard. I wish them the best of luck and will work with them and the Government to ensure that passengers receive the level of service they deserve. 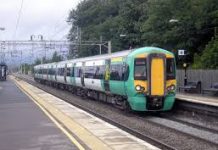 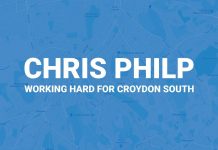