The Brexit process is at a critical juncture. Across the political spectrum, MPs should not leap to conclusions about a deal they haven’t seen. We should all study the details carefully an reach an informed decision then. Histrionic condemnation of a deal we haven’t seen is irresponsible.

Last Saturday I was on Channel 4 News:

This was followed by an interview with Sky News where I also discussed Labour’s position and its completely unacceptable decision to put party interests before the national interests.

And finally I was on Radio 4’s World Tonight, making the point that many MPs will, and should give greater consideration to the deal at hand when it comes to a vote. 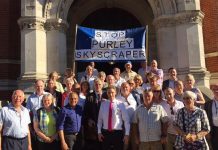